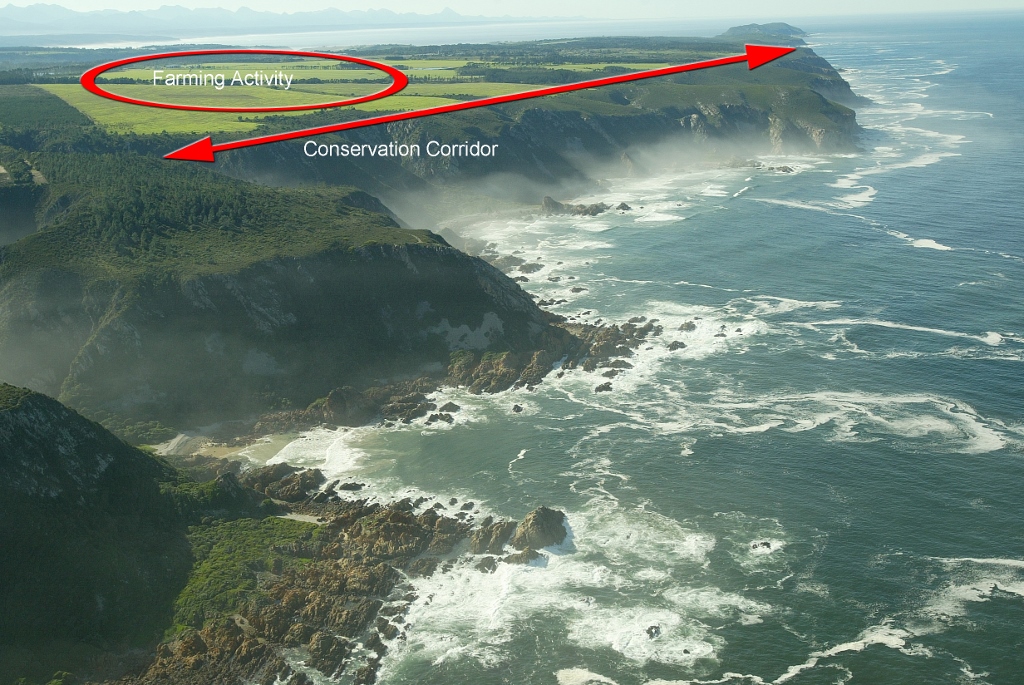 In a groundbreaking, never been tried before land conservation approach, a few visionary landowners made application in early 2011 to the Minister for Environmental Affairs and Development Planning of the Western Cape province to declare its members’ properties a Protected Environment (PE) in terms of the national Environmental Management: Protected Areas Act. The minister, Anton Bredell, signed the declaration on Monday the 31st August 2015. The properties comprise an ecologically sensitive and threatened 20km stretch of unspoiled coastline between Robberg Nature Reserve and Harkerville State Forest, in the middle of the Garden Route. This area known as the Robberg Coastal Corridor (RCC), has beautiful coastal land and links the Robberg Nature Reserve in the east to the Garden Route National Park in the west. Certain of the owners representing the majority of this unique corridor, formed the Robberg Coastal Corridor Landowners Association (RCCLA) as a vehicle to drive this intervention and they have tested South Africa’s conservation legislation for the first time.  Their commitment is substantial – they are prepared to declare their properties for a minimum of 30 years with a view to protecting it in perpetuity.

Says Pam Booth, founder director of the Eden to Addo Corridor Initiative, who initiated the research into the possibility of implementing protected environments by landowners, “The preservation of the RCC from encroachment and development, and linking it to the two core protected areas, Robberg Nature Reserve in the east to the Garden Route National Park in the west will extend its length to over 35 kilometres from the tip of Robberg Peninsula to Noetzie – more than sufficient to sustain a hiking trail along a coastline equally as spectacular as the famous Otter Trail on the Tsitsikamma Coast.  It will also protect and facilitate the natural movement of the flora and fauna along the Corridor, thereby preserving the diversity of genetic species and enabling better adaptation to the vagaries of climate change. Most important, it secures the last remaining ecological lifeline to the increasingly isolated Robberg Peninsula.”

This pioneering private sector initiative is an important precedent and tool for reaching National conservation targets. Conservation corridors, essential for the exchange of genetic material required to keep plant and animal populations healthy, are a hot topic in the climate change debate. Dr Robbie Robinson, formerly Head of SA National Parks, chairman of the Eden to Addo Corridor Initiative, and one of the founding landowners believes that inappropriate development is the single biggest threat to biodiversity in the Garden Route, “With the exception of this conservation-friendly neighbour, Robberg Nature Reserve is surrounded, on the terrestrial side, by intensive development. Here, generations of conservation-sensitive landowners have struggled to keep the link between Robberg and the remaining coastal lowland fynbos viable. It is essential to maintain this vital corridor.”

Chris von Christierson, owner of a property within the corridor on which a new fynbos species, Psoralea vanberkelea was discovered recently, believes that this unique area is irreplaceable. “If we do not protect this last remaining life line to the Peninsular, Robberg will become an ecological desert within a few generations. Besides, we firmly believe landowners in the Corridor will add far more value to their properties in the long run by joining us. There are numerous examples of how properties adjoining National Parks and Reserves have appreciated.”

Andrew Hill the chairman of the RCCLA had the following to say of this historical declaration, “We must start taking steps now to protect sensitive ecosystems and this corridor shows that it is possible to do so while maintaining individual objectives of landowners within the corridor. It is a testament to these pioneering landowners that this coastline can now be preserved and managed as a fundamental link between Garden Route National Park and Robberg Nature Reserve. The challenge ahead is to get other landowners on board to make this corridor contiguous and to increase the land under protection. The commitment from Local Government is also to be highly commended as a large portion of the corridor is owned and managed by Eden District Municipality who have also added their property to the corridor and pledged their support to the on-going initiatives of the RCCLA.

SANParks has contributed by clearing  pine, hakea, port jackson, blackwood and black wattle from the Robberg Coastal Corridor. Approximately 100 ha of coastal fynbos has been cleared thus far through the Land User Incentives (LUI) programme over the past 3 years by a team of 13 people.

With the support of CapeNature and South African National Parks and with funding from the Table Mountain Fund, this Protected Environment heralds a new era in conservation in South Africa. 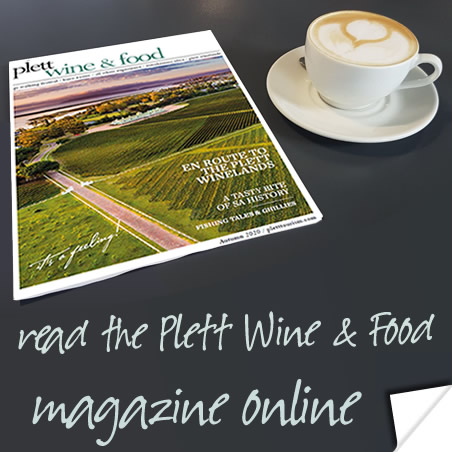