Exciting times with property and business investment in the Plett Winelands

Exciting times with property and business investment in the Plett Winelands

Jon Tonkin, founder, developer and owner of Lodestone Wine and Olives situated in the Redford Region of Plettenberg Bay, has recently sold the farm to an international investment company for an undisclosed amount. The transaction became effective as of 1 April 2021.

Over the past 10 years, Jon has developed Lodestone into one of the preeminent wine farms in the Plettenberg Bay Winelands. He quickly extended the existing vineyard to include 4 cultivars, producing Sauvignon Blanc, Semillon, Chardonnay, Pinot Noir and MCC wines whilst simultaneously introducing in excess of 900 Olive Trees together with a Honey Bush Tea Plantation.

His meticulous attention to detail together with his commitment and belief in the region helped him to quickly elevate Lodestone into a highly desirable destination in the Plettenberg Bay Winelands. After 10 years at the helm of Lodestone, Jon has taken the decision to spend more time with Ingrid, their children and grandchildren and to enjoy the fruits of his labour. Jon will remain on in the capacity of Non-Executive Chairman for the foreseeable future.

Patrick Day, the new investor in Lodestone is a British Citizen, Resident, Businessman and Entrepreneur who has investments across a multitude of business sectors, namely Financial Administration, Property Development, Elderly Care, Renewable Energy, Fintech and Leisure Properties. He has always had a keen interest in the global wine industry and following a trip to the Mendoza Wine Region in Argentina during 2018, Patrick expressed an interest in investing in a wine estate in South Africa.

Co-incidentally, Plettenberg Bay also happens to be one of Patrick and his wife Sonia’s favourite holiday destinations in the world and they had previously visited Lodestone whilst out on one of their regular holiday trips, which added further appeal. Lodestone has been acquired by Patrick through an offshore investment company in which he has partnered with two local South African businessmen – Brett Archibald and Dylan Pooley.

Patrick is a firm believer that global strategy together with local collaboration and implementation is the surest route to a successful venture and he continuously strives to work with other like-minded individuals as opposed to running his investment projects on his own.

Brett Archibald, former CEO and Managing Director of Wyndham Worldwide Resort Rental and Exchange Division for the EMEIA and Asia Pacific Regions, was the architect behind the acquisition of Lodestone on behalf of acquirer Patrick Day and seller Jon Tonkin. Brett has been appointed CEO of the South African Company and will be responsible for driving the operations of Lodestone going forward.

Patrick, Brett and Dylan are extremely excited at the multitude of opportunities and prospects that Lodestone has to offer for the future, and they look forward to Lodestone becoming an even stronger player and contributor to the Plettenberg Bay Tourism Sector going forward.

“We are excited about the future of tourism in Plett, and since the beginning of 2020 the Plett hospitality industry has experienced unprecedented and difficult times. However, in the midst of this global pandemic, there continues to be an investment in our town. We have seen the opening of new restaurants, accommodation establishments, and most recently, investment and ownership transactions with three of our local wine properties, including Lodestone,” says Patty Butterworth (CEO Plett Tourism). 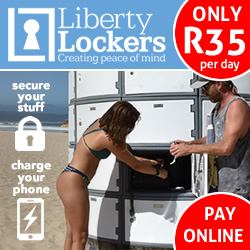