Harkerville ParkRun is on-trend with the global movement, but still has that local appeal

Say the word ParkRun and images of trendy, celery-smoothie-sipping yuppies in lycra on a balmy New York Sunday morning spring to mind. For many, an invitation to such an event might very likely send them deeper under the duvet, muttering and cursing. But throw caution to the wind, take the plunge and you might be pleasantly surprised… as I was.

Matt and his family arrived to pick me up at around 07h42 while I was stretching my legs outside on the gate post. Here in Plett, we allow about 30 seconds per journey for unexpected traffic, so 18 minutes for a 12-minute trip seemed ludicrously generous… but I didn’t want to be late for my first ParkRun attempt, after all. I had registered online at www.parkrun.co.za just minutes before, so there was no backing out now I told my hamstrings, which were whimpering a little after the surprise early-morning stretch.

We arrived at the event with about three minutes to spare (Matt’s double-cab is thirsty, and with fuel prices currently sky-high, he was being extra light on the gas pedal). As his family trotted off for a hot chocolate and a croissant at the local Harkerville Saturday Market, we made our way to the start line, smiling and nodding at the familiar faces here and there. While this may have been my maiden attempt at the 5km route, Matt was a seasoned pro with five or six under the belt and he was keen to set himself a PB (personal best, in case you’re wondering).

After a few brief housekeeping words over the loudspeaker, the starting official quite unceremoniously announced, “OK… well then I guess it’s three, two, one… go,” and we were off! I was caught slightly off guard and only just managed to tap “run” on my smartwatch as we crossed the start line and headed off.

The Harkerville ParkRun (sponsored by Discovery) is very kind on legs that have not yet fully woken up. It begins with a very gentle downward, grassy slope that soon becomes a quiet, rural road heading downhill through the local farmlands. With it being winter, the sun was only just popping up over the Tsitsikamma Mountains in the north. Any other weekend in June and it might have been quite chilly, but today was the start of a berg wind and the temperature was just perfect at around 18 degrees.

Matt had pulled ahead within the first hundred metres, so I knew any idea of a ‘race’ was off and I could just settle back and enjoy the run at my own level. It’s always difficult to pace oneself on a new route, so I throttled back a bit and allowed a few over-eager eight-year olds to overtake me while they whooped and laughed with the excitement of being set free from the shackles of a no-doubt not-too-far behind parent or two. It wasn’t long before they were all exhausted and had slowed to a walk. Rookie mistake, I sniggered to myself, as I triumphantly overtook them on a slight right-hand bend.

By this stage, my legs had warmed up and the forest had given way to fields and pastures of farmlands with cows grazing and the smell of manure in the air. “Now that’s something the New Yorkers don’t get to experience,” I thought as I tried to simultaneously take in all the sights and sounds of Harkerville nature waking up around me. It’s at times like this I need to remind myself to live in the moment. So often one can miss out on the little things that make an experience enjoyable because we’re thinking too much about work, chores, relationships and general life admin. The ‘awareness angel’ on my shoulder caught me just in time and made sure I heard the birds, smelled the fynbos, saw the sun rising, felt the warm wind picking up, and I very nearly stuck my tongue out in an attempt to fully taste the morning air.

With my gratitude tank now brimming over, I rounded the furthermost turn of the course and we headed downhill through a bluegum forest towards a small stream that is spanned by a little wooden footbridge. The path descends quite steeply and there are plenty of leaves and loose pebbles underfoot, so this section requires a little more caution, but that’s just relatively speaking. If you can navigate a lounge floor covered in Lego on a Sunday morning, you’ve got this!

Once over the small footbridge the most lung-bursting part of the course becomes apparent as you take on the uphill to the next gravel road. But by now I was thoroughly warmed up and after the rest on the downhill, I welcomed the chance to get a nice little leg burn on. I could feel a slight competitive edge creeping up on me as I overtook another runner (ten years my senior this time). I once again slapped myself on the back and released a muffled “yay me” as I left them in my proverbial dust!

By now I was glancing at my watch every few minutes – I was eager to finish the run and sample the legendary bundu breakfast I’d heard so much about from Matt. He was nowhere to be seen though, firmly on his way to a coveted personal record no doubt, so I picked up the pace and rounded the final bend, overtaking a ten-year-old who appeared to be floundering. I had the finish line in my sights and was about to commend myself on that latest mini-victory when the very same little blighter appeared out of nowhere and pipped me right on the line. I smiled and congratulated the youngster in true sportsmanlike fashion (but secretly wanted to cuff him about the ears) and handed in my barcoded ParkRun card that I’d printed out earlier that morning. The marshals scan the card which records your official time and you can find out your placing and other info about your run on their Facebook page later in the day.

I located Matt (who had already achieved his resting heart rate by now) and we made our way down the little road that enters the Harkerville Market to find his family who had saved us a table close to the breakfast stall.

The market has something for everyone in the family, so spouses and kids who don’t want to join you on the run can browse and buy to their hearts’ content while you sweat it out on the trail. Tasty food and delicious drinks are plentiful, and as mentioned, the bundu brekkie is a must whether you ran the route or not. If you’re just a little peckish, the half bundu is ample and includes a fried egg, a pork sausage, three rashers, a large fritter and a slice of white bread or seed loaf. Coffee and tea are also served here, but if you want a cappuccino you’ll need to send your lightie off to another stall close by while you tuck in to your warm meal (which is exactly what we did).

Now it’s time for a quick history lesson: The Plett Adventure Racing Team held the very first of the Harkerville ParkRuns back in 2018 and Plett Tourism contributed to the construction of that little footbridge I crossed earlier. The members of the Plett Adventure Racing Team were marshals at that first event and some of them still marshal at this great little event each weekend. In fact, I chatted to team member and marshal Drew Scott at the finish line and he suggested that since I had enjoyed the run I should come sailing with him sometime soon. With adrenaline and endorphins still flooding my bloodstream, the extrovert in me agreed without hesitation, while the introvert quietly pulled the duvet up over my head, secretly hoping he wouldn’t actually remember to call me… or maybe he’d at least hold off until the weather warms up a bit!

All the Harkerville ParkRun marshals and organisers deserve a special mention. They’re volunteers and give freely of their time to facilitate this event. So, thanks to all who make this run possible each week! I’ll be back soon for an attempt at my very own PB, and of course another breakfast treat! 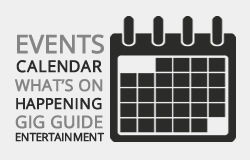